Our bodies are energy, and they are being bombarded by internal and external stressors due to the energy system from chemicals, toxins, EMF radiation, stress, physical, mental, and emotional trauma, illness, and more. By modifying the harmful frequencies of environmental toxins, we can naturally raise ours which will result in more energy, less stress, better overall health and well being… and thus, healing ourselves on a cellular, genetic level.

As previously discussed, a lot of these additives are brain and neurotoxins such as heavy metals, fluoride, MSG, artificial sweeteners that we find in processed food, packaged food, bottled water and drinks, even body products, and pharmaceuticals. They do affect our systems and, when they become deeply embedded and affect our endocrine and the rest of our organs, the negative effects will eventually go deeper to a cellular level which can be carried down the line of our generations

Why is this? Because when our cells and DNA eventually become damaged the messages will be changed.

Further to this our emotions are as well involved in our genetics. In natural medicine, which is also ancient or real medicine, addressing the emotional causes of disease is priority, whereas in western medicine it is the last, and sadly if even considered. Emotions play a big role in disease. For example, in numerous studies of cancer, the most consistently identified risk factor is the inability to express emotion, particularly the feelings associated with anger. What we do with our emotions impacts our physical and mental health.

This is just one example. We’ve discussed many times before that every organ holds a different type of emotion. When emotions are not expressed and everything is suppressed, this will lead to inflammation within the system. If there was something that carried down the line through the generations of say, certain ethnic groups, it will become an inherent weakness for the following generations even if that individual is not, let’s say, an “angry” person. It will become part of the DNA code.

The body always remembers. In the layers of your physical and emotional being remains the content of the past, puppeting (or controlling) you, until it is properly addressed on the law of cure – “like cures like”. This is the principle of homeopathy (the law of similars). So, with homeopathy and all-natural medicine it is possible to clean up the DNA as it goes down into a deeper level to the point of what your original and optimized DNA was before it was damaged. It would be good to be able to deal with it before there is any type of irrevocable damage.

Our bodies communicate to us clearly and specifically if we are willing to listen to them.

If we also take a deeper look into the true science of health and what disease really is, you will find that everything is based on frequencies. Therefore, we can be adversely affected by Wi-Fi, radiation, microwaves, cell phones and computers… And this can either raise our vibration or diminish it. We have learned that dirty energy has been able to, and it does, destroy DNA, whether it be plant, animal, or human life. This is the reason why grounding or earthing is essential and highly healthy. This is when our feet touch the ground/grass, and we connect to the earth – it literally has healing effects. It shields us from radiation if done properly. Homeopathy also works on that premise as well as other plant therapy that is clean and healthy. We are not made from chemical. We are made from the elements of the earth. So when you interrupt your DNA structure and your cellular level with chemicals and dirty energy or unhealthy frequencies, your body gets disrupted, and the signals get disrupted from within and damage will occur. If we eat well, move well, think well, pray well, relate well, you will be vibrantly healthy.

We cannot trash and pollute our bodies and expect to have perfect health.

So that said, there is a lot of concern and wonderment as to whether our genetics play a big role. Are we predisposed to our parents’ and grandparents’ diseases and illnesses? Well, we do have what is called inherent weakness. Genetic lines are strong, and this is why it is often good to find out what is in the genetic line especially when we want to see what’s happening in the individual’s health and make sure that the treatment is tailored. But does that necessarily mean that this is your fate? For example, if your mother, grandmother, or your aunt ended up with breast cancer that you are going to have it too? I’m going to give you the answer. It is no!

Yes, there is a weakness and if one is not careful with their habits it is a possibility that one could develop something in that area. However, it is good to understand and know that, as previously mentioned, how DNA can be damaged – and yes, sometimes destroyed – the body is also particularly good at healing itself if it is taken care of. If we look at history, psychology, and cultures, it is often easily found that there are specific traits to every culture. This is not to say one race or culture is better than the other but it’s a matter of looking at history and what shaped that culture or let’s say that country, which then trickles down to the individuals. Looking at different parts of the world you can see where perhaps certain diseases had come from, such as in the water, that goes back in ancient times. Or, if there was war in some countries and what each country had to do to survive, or how it affected perhaps even mental and emotional health…because there was, no doubt, mental and emotional trauma. And, due to these hardships, often physical health was affected because some healthier foods were also not readily available. These things will carry on down the lines into the future generations. This will build a constitutional frame of individuals. But it doesn’t mean you have to go down this route.

So, what can shape a person has a lot to do with one’s physical, mental, and emotional health. Also, environment plays a big role. It is also often said trauma (whether it is physical, mental, emotional) stops with you. If you want to heal yourself and your future generations from past traumas, that you yourself may not have even experienced, but was carried down along your line of genetics because of your ancestors, you can put the brakes on it with yourself. For example, this would be why some people may have anxiety and not know where it’s really coming from. Why is it some can deal with things differently than others? In order to heal your future generations, it stops with you. But it will only stop once you are cognizant, once you recognize, that this is what has happened. What is also often looked at is all the way down to your history of even conception. Therefore, when treating patients one of the questions can be what was be emotional state of your parents at the time of your conception? Were both parents happy? Was one parent happy? Were both parents unhappy? Was there a traumatic experience? Was there an illness? Was there exposure to any type of drug, medication, or chemical? This has been often known to influence the embryo at the time of conception and it can shape the child’s personality. But oftentimes we can look at examples of when a mother has been determined to not allow a negative experience to overtake her, and by her positive demeanor and looking after her health that child was born happy and healthy.

So, can we heal our genetic line? This is a big yes! Healing comes in all fashions.

This can also be considered a form of prevention if you catch health problems in advance. If we do know what our genetic line or genetic weakness can be it is always good to keep that in mind to be able to combat it – by looking after your health on every level.

Studies had been conducted on mice and obesity. It showed where the mice were obese and when they had their babies those babies were obese. And when those babies grew up, they continued to produce obese babies. But when the diet was changed and the environment and etiology improved, they lost the weight properly and they produced babies that were not obese and were in better health. Then the lineage continued the same.

We can and we should always look after our health because it is not just about us – it’s about our future generations. We want to be incredibly careful with anything that would be considered a form of gene modification because it does affect the way the brain will function and the way the cells will function. Anything that will alter your DNA will create discord within the system and it will no doubt be carried on into the DNA of your next generation.

You take your healing back into our hands. It is in your control. So, as we discussed about looking after our health and doing positive and healthy methods to healing our systems, one of the things that you’re all doing right now is the Reset Your Health program. Intermittent fasting helps heal your gut, release inflammation, and kill off old cells to allow room for the new. What makes this even more effective and surpasses all obstruction is adding the homoeopathic formulas to this program. Why? Homeopathy has a balancing and healing effect that goes way down even on the cellular level without harm.

As each one of our Reset Champions have even noticed, by doing this program, they have found their sleep has improved, their mood and emotions have improved. The level of calm that is felt is noticeable. So many have expressed how they have not needed to use certain medical devices because now they can breathe better. Or finding that certain medications may not be needed in such intensity or if even at all because their body has now started to regulate. That means you are allowing your DNA to become optimized to what it originally was supposed to be. This is not by any means altering the DNA. It is a way of healing your DNA.

So, genetics, prevention, and you. This is all in your hands and by carrying on in a healthy lifestyle you will benefit, not only yourself, but your entire family, whether they are your future generation coming from you or your family that is living with you and experiencing the same benefits and lifestyle changes as you.

Never underestimate how resilient your body and your health are!

Until next time. Wishing you the best in health! 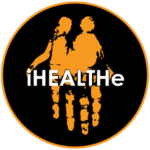